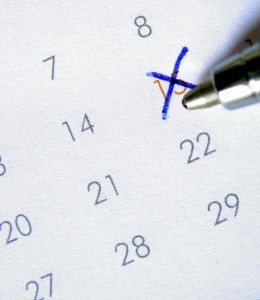 In 2011, our office reported about a new proposed law that would change the tax appeal filing deadline from April 1 to January 15. The legislation was spurred by a concern that New Jersey municipalities had suffered substantial budget shortfalls as the result of Real Estate Tax Appeals being filed after the municipal budgets had been adopted.

Under the old law, each municipality was required adopt its budget by March 31, which was one day prior to the Tax Appeal filing deadline. Since Tax appeals often do not get heard until several months after they are filed, the judgments resulting from those Tax Appeals resulted in major budget shortfalls.

In light of the current issues, a bill was enacted to fix these problems by simply changing the taxation calendar. Under the proposed calendar, taxpayers would receive their assessment postcards by November 15. Tax Appeal applications would be due by January 15, and decisions would be mailed no later than April 30. The final piece of the proposed bill is that the municipal budget would not be due until May 15, and the tax rates would not be set until May 31, after the municipality already has an accurate picture of what the total tax base would be.

The new filing deadline will become effective for the 2014 Tax Year. All Monmouth County Tax Appeals for 2014 must be filed by January 15, 2014. Our office will accept Monmouth County Tax Appeal intakes until January 6, 2014. Consequently, if you feel your property has been over-assessed, we encourage you to have us file your appeal as early as possible in order to ensure that one of our appraisers will have adequate opportunity to inspect and prepare a report prior to the hearing date. As always, the date of valuation will remain October 1.

There will be no extensions to this deadline. Taxpayers who attempt to file after the January 15 deadline will find their applications rejected. Our office will accept Monmouth County Tax Appeal intakes until January 6, 2014. Taxpayers whose properties are over-assessed may e-mail or call us for our 2014 Tax Appeal Intake.

More Relief for Hurricane Sandy Victims
We previously reported about law regarding tax abatements to victims of Hurricane Sandy. The relief awarded employed an emergency statute, which allowed storm victims to ask for an abatement, even though the damage to their homes or buildings occurred after the October 1 date of assessment. Unfortunately, however, the abatements awarded in 2013 did not take into consideration any diminution to the land values. Any applications for reductions sought for this reason should be filed for 2014. In Monmouth County, as we noted, these appeals should be filed immediately. In Ocean County, the April 1 filing deadline still applies.