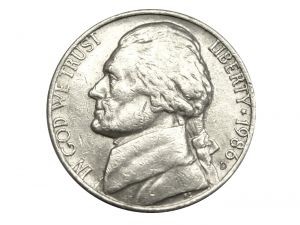 A few years ago, I was attending a conference for the New Jersey Chapter of the International Association of Assessing Officers. The moderator introduced the Monmouth County Tax Administrator, Matthew Clark, to discuss a new program he was implementing.  Mr. Clark discussed his new website to enable the electronic filing of all tax appeals.  He also spoke about changes to the tax appeal calendar to ensure that tax appeals were filed and decided before the date that the municipalities were required to finalize their budgets.  These all seemed like good ideas.  Then Mr. Clark spoke about making data more available to assessors to create a group of “super-assessors,” who could annually perform revaluations.  Since one of the exceptions to the Freeze Act is a revaluation, it is clear that the process of annual revaluations would substantially vitiate the benefits of a tax appeal.  Later that day, I approached Mr. Clark with a request that he reconsider his position on annual revaluations.  That request did not draw much response other than an acknowledgement that the plan was already a fait accompli.

Annual revaluations are commonplace in many towns in Somerset County, although they are not specifically legislated like they are in Monmouth County. Since revaluations are time consuming and expensive, New Jersey towns have historically avoided performing them until they have been compelled to do so by the County Tax Board.  Instead, towns have opted to make adjustments only to the tax rates, which are not appealable.  The arithmetic works out the same, of course.  Either way, the town satisfies its budget, although avoiding revaluations can produce some unfair results in cases where there is a substantial deviation in the changes in real estate values in different parts of the town.

A recent series of newspaper articles heavily insinuated that the annual revaluation program was a ploy to line the pockets of one of the former Tax Board Commissioners, who is now employed by the company that does many of the revaluations. The articles are certainly eye-catching, but they unfortunately lack merit, and they fail to produce any evidence of any actual misfeasance.  Other than a common link between the Tax Board and the revaluation company, there is no substance to support the allegations.

Assuming that the purpose of the annual revaluations is to keep the assessments current, we must also acknowledge that revaluation companies use large-scale models to predict values, and unfortunately, there will always be some properties that fall outside of the model, and become over-assessed. Therefore, while we dismiss the notion that there is any unscrupulous or nefarious motive behind the Pilot Program, we are simply arguing the point that the Pilot Program is a bad idea since it deprives the taxpayer from the justice of sustaining a fair assessment following a successful tax appeal.  We are also certain that there will be a chilling effect on some taxpayers who are in genuine need of an appeal, because they believe that their appeals will not produce any long term results.  If the purpose of a tax appeal is to correct a prior injustice, why should the final judgment expire after one year? Perhaps the real purpose of the annual revaluation program is to discourage the filing of tax appeals.

The most common complaint we receive from taxpayers is that their tax assessments are substantially higher than they were last year. The drastic change in assessments may be the result of the town re-equalizing their assessments to 100% (or thereabouts).  In these cases, we would expect that the tax rate would drop commensurately with the increase in assessments.  In some cases, it is only individual properties that are re-assessed, leaving their property owners feeling like they are being overcharged.  In either case, we cannot appeal an assessment based on the increase in assessment.  We can only appeal an assessment in cases where the assessment exceeds the property’s actual value as of October 1 of the pre-tax year.  Our appraisers are especially skilled at developing an opinion of property value based on comparable sales, and for rental properties, an income approach is also used.

Notwithstanding the assessor’s ability to re-assess properties on an annual basis, we have found that for the matters we have settled, the assessor very often allows the new assessment to continue into following years. In cases where the Tax Board’s Judgment is disregarded and assessment increases the following year, we will refile your appeal for the new year at a discounted rate.