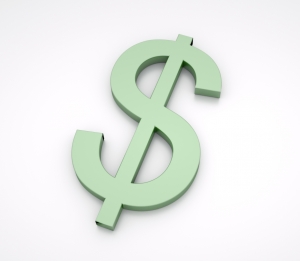 Between the 21 vicinages of the New Jersey Superior Court, thousands of employees are on staff, performing a variety of functions. Despite streamlining and reductions in workforce, the operation of the Courts remains a very expensive process, and the filing fees, which have not been increased in more than 10 years, are not sufficient to cover the expense of running the Courts. Under the circumstances, an increase in filing fees seems rather necessary to ensure that the Courts will remain properly funded. Accordingly, on August 11, 2014, the State of New Jersey Supreme Court received authorization from the legislature to enact a comprehensive set of fee increases, affecting all divisions of the Superior Courts. The proposed increases, which are projected to be enacted into law on November 17 are currently in a review process and the New Jersey Supreme Court was accepting comments from the State Bar until October 15.

Since our practice focuses mostly on the Special Civil Part, we will look at how the fee increases affect that practice. There is currently a $25 fee for filing an eviction complaint. That fee does not include the “mileage” fee, which is generally between $2 and $20, depending on the location of the property. Under the proposed plan, the filing fee would be increased to $50.00 (not including the mileage fee). To further complicate matters, the fee for additional defendants on a complaint will increase from $2 to $5. This means that a single eviction complaint for 3 adults residing in a rental may cost as much as $80 in court costs alone. For landlords who are looking to sue a prior tenant to collect unpaid rents, the fees will also increase. The prior filing fee of $50 for Special Civil Part Complaints (under $15,000) will be increased to $100.

For our Tax Appeal clients, the fee increases will not be as onerous. The filing fee for Tax Court Small Claims Division matters, which includes all residential properties, as well as any other properties where the annual tax liability is less than $25,000, the filing fee will increase from $35 to $50. For Standard Track cases, the filing fee will increase from $200 to $250. There are no fee increases contemplated for matters filed with the County Boards of Taxation.

Ostensibly, the proposed legislation appears to be necessary to subsidize an underfunded Court system. However, we have learned that only a small portion of the funds obtained from the fee increases will actually be allocated toward the Court’s operation. Instead, most of the additional funds will be used for other purposes, including the development and administration of a “Statewide pretrial services program,” as well as the development of a “Statewide digital e-court system,” Additionally, the proposal includes increased financial assistance to Legal Services of New Jersey, the entity that provides low cost legal services to indigent litigants.

Once the proposal is approved, the fee increases will take effect on November 17. Our office will send a more formal announcement to our clients once the filing fee increase takes effect.