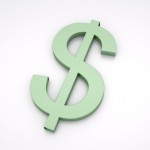 The Law Office of Michael D. Mirne, L.L.C. appreciates all the calls we get each year to file tax appeals. However, some of these calls, especially the ones we receive each year in July and August, may be premature. After fielding nearly 100 tax appeal inquiries over the past two weeks, we decided that it was about time that we explained in this month’s bulletin why it is too early to call us for your tax appeal.

Many New Jersey residents do not find out about their current year’s tax assessments until late July or early August, when they receive their preliminary tax bills. In cases where the property is situated in a town that has recently been re-assessed, or revalued (which includes most Monmouth County towns, due to the Assessment Demonstration Program), the current year’s tax assessment may be substantially higher than it was the year before. By this point, it is of course too late to file a tax appeal for 2017. That appeal would have been due by April 1 (or by January 15 for properties in Monmouth County). However, since many taxpayer’s do not pay attention to the postcards they received several months earlier, informing them of their new assessments for the year, they erroneously assume that the tax bills that they have received in late July or early August contain some new information about a tax assessment which can still be appealed. This belief is unfortunately not accurate, and therefore, during the months of July and August, we find ourselves having to explain to dozens of taxpayers each week that we cannot appeal their assessments for this year. We also inform the taxpayers that their only recourse is to wait until the 2018 assessments are released and file an appeal for 2018.

In most New Jersey Counties, assessments are finalized in January of 2018 and appeals must be filed no later than April 1, 2018. In Monmouth County, the 2018 assessments are finalized in November, and appeals must be filed no later than January 15, 2018. Since most Monmouth County towns still participate in the Assessment Demonstration Program, which requires annual revaluations, there is a substantial likelihood that an assessment for 2018 will be substantially different than the assessment for 2017 (just as the 2017 assessment is substantially different than the assessment for 2016). Therefore, it would be pointless to evaluate in July or August whether or not a particular property would be a good candidate for a tax appeal when we do not even know what the 2018 assessment will be. Additionally, regardless of whether a town is being re-assessed, since we know that the assessments should reflect the values as of October 1 of the pre-tax year, we cannot properly evaluate the fair market value of a property without reviewing all the sales that have occurred though October 1 (and perhaps a few months beyond October 1).