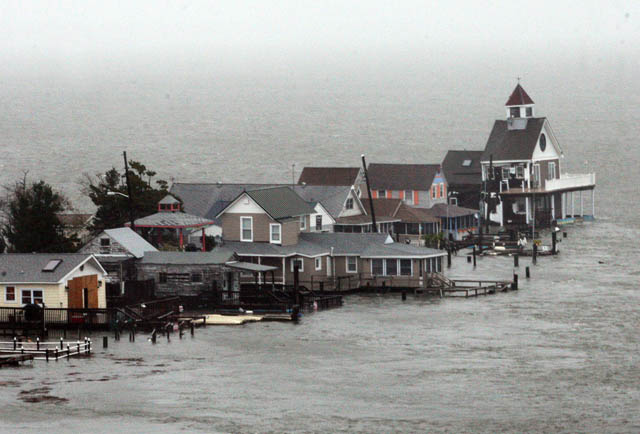 Nearly every resident in the State of New Jersey has been affected by Hurricane Sandy. In little more than 24 hours between the dates of October 29 and October 30, New Jersey residents experienced massive flooding and storm related damage from the hurricane. In the aftermath of Sandy and the considerable destruction it caused, many affected property owners have been left wondering if there will be any property tax relief available.

Historically, N.J.S.A. 54:4-35 has established that the assessed value of all New Jersey real estate must be determined as of October 1 of the pre-tax year. For example, the assessed value of a person’s property in 2013 must be based upon what the property was worth as of October 1, 2012. For this reason, a taxpayer who files an appeal should present evidence of sales of comparable properties that sold on or before October 1. However, for practical reasons, County Tax Board commissioners and Tax Court Judges will routinely allow evidence of sales that may have closed a month or two after the October 1 assessing date.

The question then becomes whether there is any legal basis for reducing assessments for damage from a storm that occurred 4 weeks after the assessing date. A similar situation had occurred in March of 1962 when many homes were severely damaged as a result of a coastal storm. At that time, there was no law reducing taxes for those damaged properties.

In 1945, N.J.S.A. 54:4-35.1 was enacted to allow for reductions in assessments of properties that suffered substantial destruction after October 1, but before January 1. The statute specifically enumerates fire, storm, cyclone, and tornado as examples of casualties that would be covered. Taxpayers seeking a reduction in assessment should be aware that N.J.S.A. 54:4-35.1 requires that they take the necessary action to properly notify the assessor. If your property was affected by hurricane Sandy, you must file the appropriate certification with the Tax Assessor of your municipality no later than January 10, 2013.

Finally, it is important to note that N.J.S.A 54:35-1 only applies to the value of structures (improvements) and does not apply to the value of land. It is a safe bet to assume that properties in communities that were completely destroyed will suffer substantial losses in value purely due to market conditions in those communities. However, these losses will not be a basis for adjustment under the Statute. Therefore, for some property owners, it is unlikely that the reduction in taxes they receive will be commensurate will the actual diminution in value.

Since Monmouth and Ocean County, where most of our office’s tax appeals are filed, were also the most harshly affected areas from the hurricane, we encourage any property owner who has suffered a catastrophic loss to his or her property to immediately contact our office for an initial consultation.