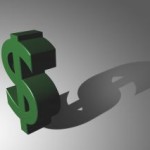 Section 11042 of the new tax code sets forth that “…the aggregate amount of taxes taken into account under paragraphs (1), (2), and (3) of subsection (a) and paragraph (5) of this subsection for any taxable year shall not exceed $10,000 ($5,000 in the case of a married individual filing a separate return).”

Prior versions of the Tax Code allowed taxpayers to deduct all tax payments made to State and local taxing authorities. While the states of Alaska, Florida, Nevada, South Dakota, Texas, Washington and Wyoming have no state income tax, the other 43 states do have state income taxes. Some states like California, New Jersey and New York have very high state income tax rates, which may very likely subject a taxpayer to taxes that far exceed the $10,000 maximum exemption set forth in the new Tax Code. The net result is that some taxpayers are going to be subject to double taxation, which is problematic and will likely lead to judicial scrutiny as States and individual taxpayers take their arguments to the Courts. New York’s Governor Cuomo and New Jersey’s incoming Governor Phil Murphy are already threatening to commence legal action against the Federal Government in the wake of the new tax bill.