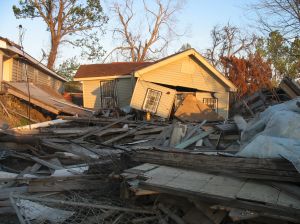 New Jersey tenants who can prove that their residences are not habitable may be able to terminate their leases without consequence under a procedure known as a “constructive eviction.” In this week’s article, we will discuss some of the practical considerations for tenants choosing to elect this remedy.

In a previous article, we discussed Marini defenses available to tenants who are experiencing habitability problems which do not necessarily render their dwellings completely uninhabitable. In more severe cases, it may become necessary for the tenant to permanently vacate the dwelling, by claiming a “constructive eviction.” The matter of Reste Realty v. Cooper, 251 A.2d 268 (1969) involved a commercial tenant who was experiencing chronic and persistent flooding. The landlord argued that since there was no written covenant of habitability, that the tenant assumed the full risk for any loss of use of the premises. The Court ruled in favor of the tenant, citing the theory that it is the duty of the landlord to alert the tenant to any hidden or latent defects of which the landlord is aware and of which the tenant may not easily discover.

Recently, the Court has applied the theory of constructive eviction to a complaint for mold. In the recent matter of Marusiak v. McCall, the Tenant claimed that she was forced to move from her residential dwelling due to mold. The landlord refused to return the tenant’s security deposit, claiming that it was being withheld due to unpaid rent for the time period after the Defendant vacated the premises. The tenant brought suit against the landlord claiming that she was constructively evicted, thus terminating her duty to pay rent, and further requiring the landlord to return the security deposit back to her. The Court agreed with the tenant and awarded her with the return of her security as well as damages under the Rent Security Deposit Act.

A tenant who intends to rely on the theory of constructive eviction and vacate a dwelling prior to the end of the lease should be cautioned that there is no guarantee that a Court will rule in his or her favor. The Law Office of Michael D. Mirne, L.L.C., which routinely represents landlords in collection matters against former tenants, has observed that tenants who are being sued for past due rent often claim some element of constructive eviction, but are rarely successful. While the facts of each case are unique, a claim of constructive eviction is most likely to be successful when the following factors are present:

1. A defect that renders the premises completely unusable for the purpose for which it was intended;
2. And one of the two following factors:
a. An inability or unwillingness of the landlord to cure the defect despite being given ample opportunity to do so; or b. A defect that poses such an immediate hazard to the tenant that it would be impractical to afford the landlord any time to cure the defect.