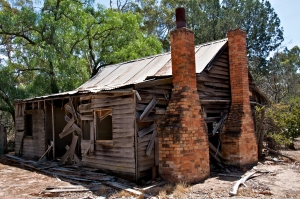 An increasing number of New Jersey residents have become dependent on affordable housing to be able to continue to live in New Jersey. In the matter of South Burlington County NAACP v. Mount Laurel, 67 N.J. 151 (1975) and later, in the subsequent matter of South Burlington County NAACP v. Mount Laurel, 92 N.J. 158 (1983), the Supreme Court of New Jersey visited the issue of affordable housing. The Court determined that municipalities in “growth areas” have a constitutional responsibility to provide affordable housing to low and moderate income families. Out of these two rulings came a comprehensive set of laws and guidelines aimed at forcing New Jersey municipalities to meet their “fair shares” of affordable housing. To this end, the Council on Affordable Housing (COAH) was established to help oversee the process. At least one New Jersey municipality is now challenging the ruling as it pertains to its own obligation.

The issue began a few months ago when COAH removed Marlboro from its protections after multiple complaints that Marlboro allegedly failed to demonstrate good faith in meeting its fair housing obligations. Subsequently, four developers brought suit against Marlboro in attempt to force it to allow additional affordable housing. With the costs of real estate construction continuing to increase, and the values of real estate continuing to decrease, Marlboro may be only one of several towns that will eventually be targeted by opportunistic developers seeking to exploit the COAH rulings for their benefit. In the meantime, Marlboro is appealing the COAH decision to remove its protections.