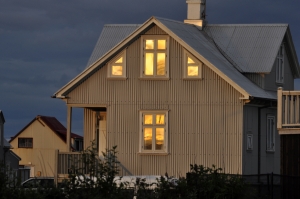 One unique aspect of New Jersey tenancy law is the notion that a residential tenant is a “tenant for life” who cannot be evicted simply by letting the lease run out. In fact, even in cases where the residential lease states that the tenant must vacate on a certain date, such provision is considered void and unenforceable. Residential landlords are then faced with the problem of how to evict an undesirable tenant who is not in violation of the lease.

One method that has been commonly employed is the use of rent increases. But the law regarding rent increases requires that the landlord can prove that the increase being sought is “not unconscionable.” Therefore, several landlords who wish to rid themselves of a tenant have begun to employ the “personal occupancy” provision of the Anti-Eviction Act. This provision, which allows the owner of a dwelling to evict a tenant upon two months written notice, is considered to be the only one of the 17 causes for eviction under the Act that does not require cause. In other words, in order to evict a tenant for personal occupancy, it is not necessary to demonstrate that the tenant did anything wrong. Landlords should note, however, that this particular cause for eviction is only available in dwellings with not more than 3 apartments. Therefore, an owner of an apartment building would not be able to evict one tenant on the ground that he or she wanted to occupy that unit.

Our office will not accept any matter where we suspect the landlord is attempting to use the “personal occupancy” provision in a fraudulent manner. However, as one may expect, this cause of action is subject to abuses by landlords who have no intention of occupying the home from which they have evicted a tenant. Accordingly, N.J.S.A. 2A:18-61.6 provides substantial penalties for wrongful eviction in cases where the landlord who evicted the tenant fails to occupy the premises for at least 6 months (or fails to execute contract of sale) and permits occupancy by another tenant. Due to the confusing wording of the Statute, many Judges mistakenly disregard the second requirement.

In one pair of matters I tried in Union County, I evicted two tenants out of a two family house, under the theory that the landlord wanted to occupy the entire house by herself. Of course, in order to convert the two family house into a single family dwelling, a lot of structural work was required. When 6 months had elapsed after the evictions, and my client still had not taken occupancy, the two tenants who had been evicted asserted claims for wrongful eviction against my client. Ultimately the question rested upon the interpretation of the Statute, which not only requires that the landlord fail to take occupancy, but also attempts to rent the dwelling to new tenants. After careful consideration of the Statute, as well as other factors involved in the case, the claims against my client were dismissed.