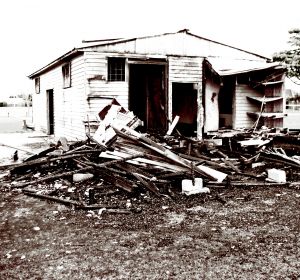 We recently learned of the case of an Essex County man who has repeatedly delayed evictions through various techniques. The most common technique involved the practice of causing substantial damages to his rented dwelling, and then reporting the damages to code enforcement, under the misrepresentation that the damages were either present when he took possession, or became present by reasons other than his own malfeasance. Under recent amendments to New Jersey’s Forcible Entry and Detainer Act, it is a Disorderly Persons offense for a tenant who is facing eviction to vandalize his apartment. Nevertheless, it is very often the landlords who are brought before Municipal Court Judges to try to explain why they rented an apartment with numerous habitability defects.

Several years ago, when I was working as a property manager, I encountered a similar situation with a tenant who moved in to one of the buildings I was managing, and promptly proceeded to remove the strike plate from his front door entry. He then called Code Enforcement to advise that office that I had rented an apartment that was not secure. Code Enforcement then called me and told me that I would be fined if I did not immediately fix the apartment. I then conducted some further research and contacted a previous landlord of this particular tenant. Needless to say, that landlord had some choice words to say about the tenant to who I had rented one of my apartments.

The lesson I quickly learned is to get the complete history of all tenants before renting to them. There are several sources for this information, including interviewing the prior landlords, as well as various internet based companies that will inform you of an applicant’s eviction history for a very modest price. In the case of the Essex County man, who has already cost several landlords thousands of dollars, some landlords have reported that they “inherited” the tenant when they purchased the property from a prior landlord. In these cases, proper due diligence would require conducting a background search on every tenant residing in a property before closing. The lesson in that case is “when buying an investment property, make sure you know what you are investing in.” For the landlords who have already fallen victim to this scam, it is a difficult lesson to learn. For the rest of us, it serves as a reminder to make sure we know who we are renting to, before we sign our contract.