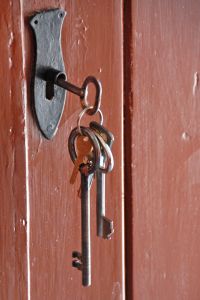 Anyone who has been to Landlord Tenant Court during the last ten years has heard the pre-calendar instructions, and by now, may even have those instructions memorized. Each time, when the Judge gets to the part that states “a Landlord may not lock out a tenant by himself or herself,” most of us have wondered, at some point, what kind of landlord would attempt to do such a thing. Perhaps even more important, is the question of what would be the consequences if a Landlord were to illegally lock out a tenant? During the past several weeks, an alarming number of commercial tenants have come to our office with complaints that their landlords have threatened to lock them out. In an effort to answer some of their questions, we have compiled some of the key points in the law.

Under N.J.S.A. 2A:39-1, a landlord who illegally locks out a tenant may be subject to both civil and criminal penalties. As far as the civil penalties go, the landlord may need to reimburse the tenant for up to three times the monthly rent and all damages proximately caused including attorney’s fees. The criminal penalties, which were recently added to the Statute, include a charge of disorderly persons for anyone either performing the illegal lockout or owning the property where the illegal lockout was performed. As an ancillary matter, landlords should keep in mind the fact that shutting off any utility which the tenant has been receiving is considered to be tantamount to an illegal lockout under the law.

The immediate concern of tenants who are illegally locked out is getting back possession of the dwelling. This is done by filing an emergent application, known as an Order to Show Cause, with the Court. The fee for this application is $50 and the Court will take all steps necessary to try to ensure that the tenant’s application can be heard on the day it is filed. Since there is a significant chance that the landlord will not be available to appear that day in Court, on such short notice, to give the Court his or her argument, the Judge will usually sign a temporary order at the time of the tenant’s appearance, allowing the tenant back into the premises, but also setting up a “return date,” usually 3 to 5 later, when the landlord and tenant can both attend to argue whether or not the tenant should be permanently allowed back into the premises. Any argument regarding financial losses will usually be saved for a later date when a proper trial can be held.