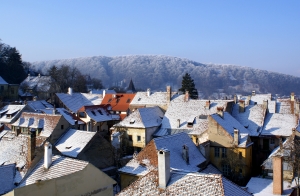 As the population of New Jersey continues to increase, expansions and changes to existing roads becomes necessary. Such changes often require the conversion of privately owned lands into publicly owned lands. This requires a proceeding known as a condemnation (sometimes called a taking). While a landowner in this situation will often be sent a notice informing of his right to be compensated for the land that is taken, he will need to understand the law of condemnation before he can make an informed decision as to whether the compensation is fair.
The Fifth Amendment to the United States Constitution provides that the Government shall not take “private property for public use… without just compensation.” Granted, the Amendment appears slightly vague. However the courts, through a series of landmark decisions, have imposed restrictions and clarifications on the law. To understand these limitations, we must first distinguish between a regulatory taking and a physical taking.
A regulatory taking occurs when a governing body creates a law which impedes a landowner’s use of his land. With respect to these actions, it is crucial to note that only regulations which deprive the landowner of all economically feasible uses of his land shall be deemed a taking necessitating compensation. Furthermore, case law tells us that even when the regulation leaves a parcel bereft of all economically feasible uses, there are numerous situations where compensation is not required. The most common example of this involves nuisances – uses that will prevent nearby landowners from ordinary enjoyment of their property. No compensation is necessary if the regulation is necessary to abate a nuisance. With respect to regulatory takings, it is also important to note The California Rule (now the law in most states) which states that the municipality charged with a regulatory taking is not liable for compensation until the statute is upheld.
While regulatory takings only require payment of compensation when the taking leaves the landowner with no beneficial use, physical takings only require that the landowner suffers a loss of value. In such cases where the governing body seizes all or part of a landowner’s property in a condemnation, the landowner must be compensated for the diminution in value resulting from the condemnation. For example, if the landowner owns and operates a large restaurant and his parking lot is taken, his injury is certainly greater than the appraised value of his parking lot. The loss of business to his restaurant must also be considered. Such considerations often require the testimony of expert witnesses such as appraisers who will be able to make a determination as to the effect a taking has on the (untaken) remainder.

The government’s ability to take private lands for public use is plenary and is almost never capable of challenge. However, the amount of compensation given to the aggrieved landowner can and should be litigated. A landowner should never assume that a value stated by a government appraiser is accurate or fair. Litigating a condemnation matter is very often successful and in many instances, attorneys are willing to work on a contingent fee basis.