In this week’s article, we will examine the subject of cumulative taxation. The case involved the Geoffrey Corporation, which owns Toys R Us and Babies R Us. The State of South Carolina had levied a tax upon said corporation in the amount of 5% of its net income. Said tax is unconstitutional for two reasons. First, it discriminates against interstate commerce, and second, the regulation will leave the petitioner subject to unfair cumulative taxation.

Discrimination Against Interstate Commerce
State regulations which discriminate interstate commerce are unconstitutional unless three requirement are satisfied. First, the regulation must pursue a legitimate state end; second, the regulation must be rationally related to that legitimate end; and finally, the regulatory burden imposed by the state on interstate commerce, and any discrimination against interstate commerce, must be outweighed by the state’s interest in enforcing its regulation. With respect to the first requirement, Courts generally differentiate between regulations that seek to promote health, safety and welfare from regulations whose only objective is the furtherance of an economic interest. Regulations that seek to promote health, safety and welfare are encouraged under the Police Power rationale. See Wilson v. The Black Bird Creek Marsh Co., 27 US 244 (1829). On the contrary, regulations where the state’s objective is to promote the economic interest of its own residents is not generally permissible. Taxes upon non-resident businesses, such as the petitioner, clearly fall into this category. It is apparent that levying such a tax upon the petitioner will act to partially offset taxes, which would have ordinarily been collected from the citizens of South Carolina. By collecting such taxes from the petitioner, South Carolina has in effect, helped the economic interests of its citizens. Protection of a state’s economic interests is generally not considered to be a legitimate state objective, where pursuit of that objective materially affects interstate commerce. 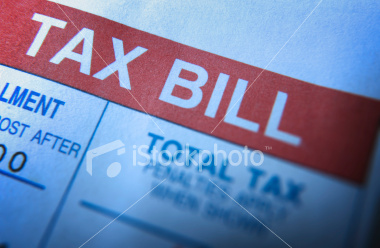 Unfair Cumulative Taxation
Under the Due Process Clause of the 14th Amendment, state taxes must not subject a taxpayer to an unfair cumulative tax burden. One of the ways in which unfair cumulative taxation can be avoided is by implementing a “fair apportionment” standard under which each state could tax its fair share of the business’ income. The Court has also stated that if the income attributed to the state is “out of all appropriate proportion to the business conducted in that state,” the tax will be held invalid. Container v. Franchise Tax Bd. (1983). In the pendent case, the State of South Carolina seeks to impose a 5% income tax upon Geoffrey. The state has admitted that it imposes the same 5% tax upon all South Carolina businesses regardless of the amount of activity that actually occurs within the state. It is probable that much of Geoffrey’s business actually occurs outside of South Carolina and that a 5% tax burden will subject the Geoffrey Corporation to unfair cumulative taxation. In calculating the state’s fair apportionment of business, the Court should consider three factors. First, the Court should consider a payroll. Second the Court should consider property. Finally the Court should consider sales. While it is true that Geoffrey has property and employees in its South Carolina facility, the evidence clearly demonstrates that it has almost no sales in South Carolina. Accordingly, we find that a tax burden of 5% is disproportionate and excessive. This case is remanded back to trial court for a proper determination, consistent with this opinion, of South Carolina’s fair apportionment of taxes.