In the wake of the recent epidemic of beg bug outbreaks in both residential and commercial properties, an increasing number of lawsuits have followed. In this week’s article, we will examine some of the legal issues that may arise during a bed bug suit.

Tenants seeking to bring an action against a landlord due to bed bugs must not only prove that the bed bugs caused an injury, but they must also prove that the landlord was negligent. The matter of Marilyn Mitchell v. Capitol Management Corp (2010) 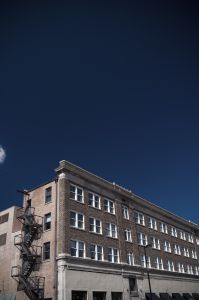 involved a residential tenant who had discovered bed bugs in her apartment. She had contacted the landlord to report the infestation and the landlord responded by having the apartment exterminated that week. The tenant then discarded most of her clothing and furniture in order to ensure that the bed bug problem would not return. The tenant, who was living with her ten year old son, moved to a new location and did not return to the apartment.

In addition to the physical injuries suffered by the tenant, she also claimed that she suffered from post traumatic stress disorder. On Appeal, the tenant argued that the mere existence of bed bugs should create a “presumption of negligence” on the part of the landlord. She further argued that the failure of the landlord to take “aggressive measures to eradicate infestation” is also negligence. The Appellate Court disagreed with both of the tenant’s theories, and ruled in favor of the landlord. While the Appellate Division did not question the legitimacy of the injuries allegedly suffered by the tenant, it did not find any evidence to support the notion that the landlord was negligent.